In which Clare and Jovian travel to Barichara, Colombia, in search of edible leafcutter ants.

Barichara is a little splotch of whitewashed perfection clinging doggedly to the side of a olive green mountain ridge, high in the Colombian Highlands. It was declared a national monument since 1975, and rightly so. It is about as ideal an image of Andean arcadia as we would be likely to find on this trip. It is also the home of Atta laevigata, aka Hormiga Culona (big-assed ant). When we found out that they were eaten as a highly-prized delicacy in this town we pulled on our (rarely used) hiking shoes, and took a bus from San Gil to the nearby town of Cabrera to make the three hour pilgrimage from there to Barichara. 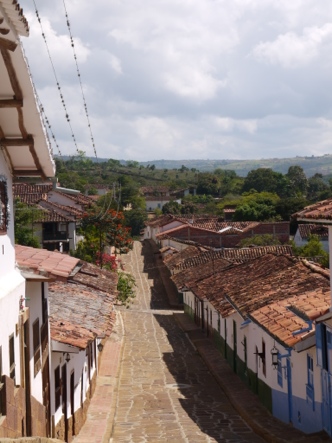 Three hours in the heat of the noon-day sun is a fairly lengthy time to hike in the Andes, and we are pretty much cowboys when it comes to long hikes. We don’t even have the support sticks or crampons, or whatever you call them. We only possessed barely legible instructions courtesy of a hostel in San Gil we had booked a paragliding session through. When our local bus arrived in dormant Cabrera an hour and a half later, having only had a smoothie for breakfast, we figured we needed to fuel up on one of those famously early Colombian lunches (it was 11.30 am already). 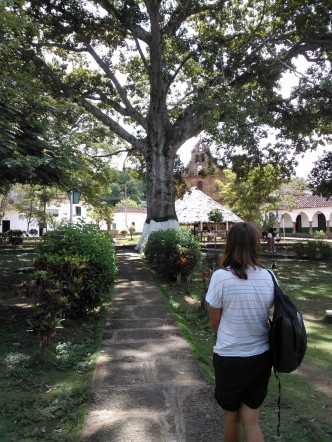 I’m no fan of Menu del Dia, the standard soup-and-meat fare you get presented with (not offered: there’s no choice) in most workers’ cafes in South America. Clare digs it, but for me it’s generally two-course carbathon of grease, stodge and the occasional lump of cartilage, compiled with little love and no reference to a nutritional scorecard. But of course, the exceptions prove the rule, and our lunch in the back of a ramshackle tienda (convenience store) off the main plaza was nothing short of exceptional.

The steaming bowl of pasta soup that arrived shortly after we sat down was a delicate and perfectly flavoured broth, livened up with various vegetables and a local herb that looks like dill and tastes like coriander. Even more impressive was the main course that swiftly followed: a tender leg of chicken stewed in a rich, tangy salsa, accompanied by mouth-watering lentils perfectly cooked in tomatoes and onion, and portions of rice and yuca (as I say, the Colombians really love their carbs). By the end, we were sated but not stuffed, filled with the warm, fuzzy feeling that only comes from consuming really well-cooked home food, and finally ready for our afternoon’s hike. 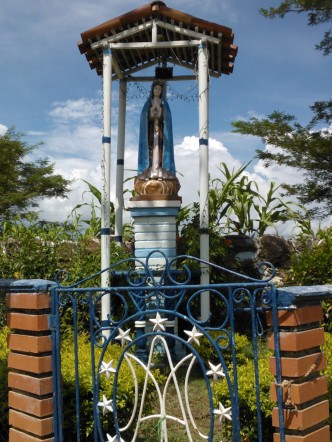 Leaving under the watchful eye of the Virgin Mary

The sun was beating down hard on our backs when we emerged blinking into the main plaza. The mystifyingly imprecise instructions I had snapped on my phone indicated that we had to climb steadily up the hillside behind Cabrera – but in which direction they remained silent. After having a number of equally mystifying discussions with toothless elders on the edges of town, we established the correct route out of town, which our instructions confidently informed us would take us past Stations of the Cross planted at regular intervals.

I was a little hazy on my high-church traditions, but I was pretty sure that there are seven or perhaps ten Stations (I think I hadn’t included post-crucifixion episodes). So when we arrived, panting and sweating at Station XIV, and realised we were nowhere near the top of the ridge, we began to feel a little light -headed, and rued only taking just a litre and a half of water between us for the whole hike. 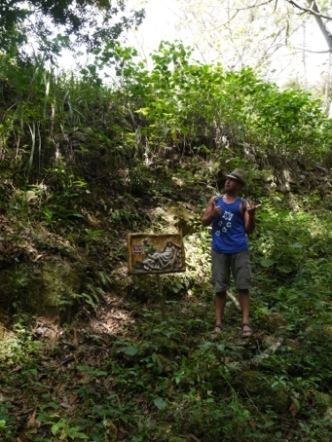 How many more Stations can there be?

Luckily, we were not far from level ground, and a two hour walk through Colombian countryside of heart-stopping beauty. Between emerald green fields wove a stone-walled path so rudely chocolate box it could have been photoshopped in from an image of the Cotswolds. But in the back of the frame, beneath clear blue skies, loomed those rough-hewn, brooding Andean slopes that brought you immediately back to your current location. Eventually, after losing our way and stoping to ask for directions from locals serval more times, we found ourselves looking down over Barichara, resting peacefully in the slow-baked afternoon. 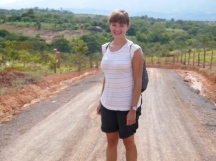 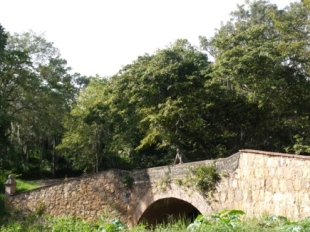 Picture yourself there. You have found the final landmark, a caramel-coloured bridge that leads up a final steep hill to the main square, past several blocks of white-walled cafes and artisanal shops, their prettily carved windows and doors in turn painted forest green, cobalt blue, sunset yellow. The hot sun still hangs heavily above the red roofs of Barichara, and you (because you are me) are horribly sweaty, unpleasantly parched and thoroughly exhausted. Where do you head first? A) to your hostel, to unpack and shower. B) To Color de Homiga, a local restaurant specialising in the Homigas Culonas to partake of a bowl of crispy Queen Ants to satiate your knawing hunger. Or C) to a tienda in the main square, to buy a cold bottle of Pilsen, and drink it as the sun sets behind the palm trees. 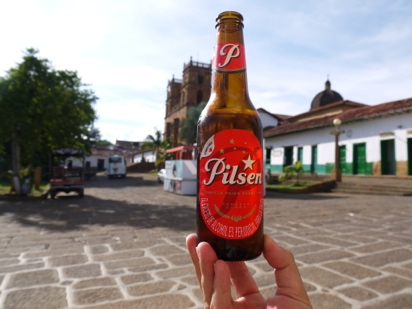 It was a bit of a no-brainer, huh? Tune in next time for the answers to all your burning questions about Hormigas Culonas: are all leafcutter ants actually edible? What in the world do they taste like? And why on earth would anyone with a choice want to eat insects – those sporting wide loads notwithstanding?